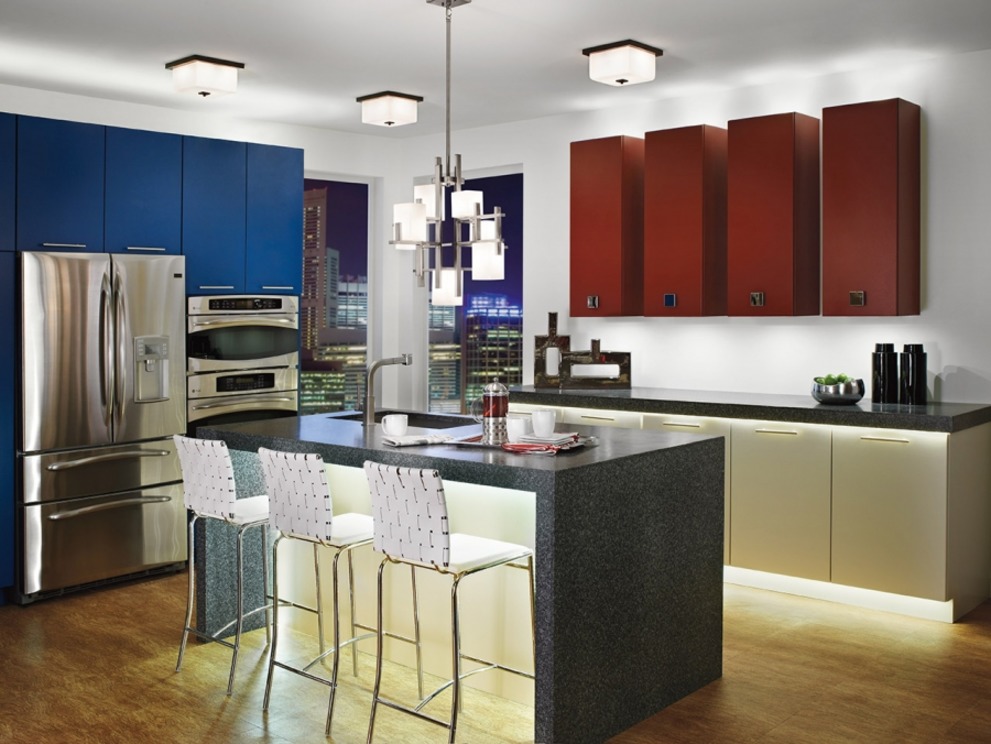 LED lighting is an energy- and cost-efficient alternative to tra
Lighting represents 15.5% of a typical American electric bill, and that percentage has been rising since 2001 because other electricity-consuming products have become more efficient. The percentages representing our monthly expenditures for hot water, cleaning appliances, temperature conditioning, and refrigeration are going down, while the percentage representing our monthly expenditure for lighting is going up. All this will change as Light-Emitting Diodes (LEDs) begin to take hold of mainstream illumination. LEDs are nothing new. The first experiments in electroluminescence were conducted over 100 years ago in 1907. It wasn’t until the 1960s, however, that those pioneering experiments resulted in visible light. In a few short years, visible red LED chips were put to practical use in early calculators and contemporary wristwatches. Red was followed by other colors, and in 2002 “white” light was finally replicated in an LED chip.

When the electrons inside the LED semiconductor change state, the diode transforms electric current into visible light. An assortment of phosphors and varying energy inside the chip control color. The efficiency by which electricity is translated into light is continually improving at a rate that can be likened to computer chip technology, far faster than any other type of light. LED illumination appears to be the answer to more efficient luminaires. In addition to their rapidly improving efficacy, LEDs are better for the planet in general. LEDs do not contain mercury, unlike fluorescent lamps, and they will also reduce the mass of used and unrecyclable incandescent light bulbs.

LEDs are not without their challenges, perhaps the largest being thermal maintenance. Temperature has a big effect on LED performance. Elevated temperature will impact lifespan and lumen output. It is incumbent on the manufacturer to control that heat. Since the creation of “white” LED chips, lighting designers have been experimenting with their use. Refrigerator/freezer case lighting has always been a problematic application, because fluorescent lighting does not work well in the cold. That is just the opposite for LEDs, and so the industry is experiencing a revolution. Because LED is directional, recessed cans are also excellent outlets for LED. The LED’s compact size lends it to fit in small places, so cabinet lighting has become a popular outlet. The same follows for cove lighting, tray ceiling lighting, toekick lighting, and an assortment of accent lighting used in confined locations.

Most LED lighting now consumes approximately 75% less power than conventional incandescent or halogen lighting, yet it still provides equal lumen output. Although the initial costs of LED products are higher, the total lifetime costs, including electricity and the lack of required replacement lamping, will be less. If maintenance costs are added, that return on investment (ROI) rises. Electric costs are also rising faster than the cost of living and current day inflation, which means that lighting is slowly evolving into a long-term investment, like a refrigerator or washing machine, and moving away from the low-cost, high-maintenance entity it is today.