Rising lumber prices, brought on by a combination of tariffs, rail-car shortages, and seasonal demand, have added $7,000 to the cost of the typical new home built in the last year, according to the National Association of Home Builders. The increase has piqued interest in concrete framing systems and concrete house plans that were already growing in popularity (and their stylish too, as this article from Dwell proves). Though concrete frames account for only one out of every 12 homes built in this country, their share has doubled in the last decade. Some of that is due to hurricane codes in Florida and along the Gulf coast that virtually mandate concrete construction.

Click here to explore our collection of energy-efficient house plans. 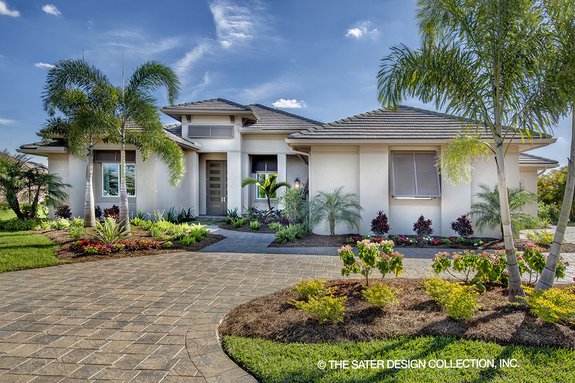 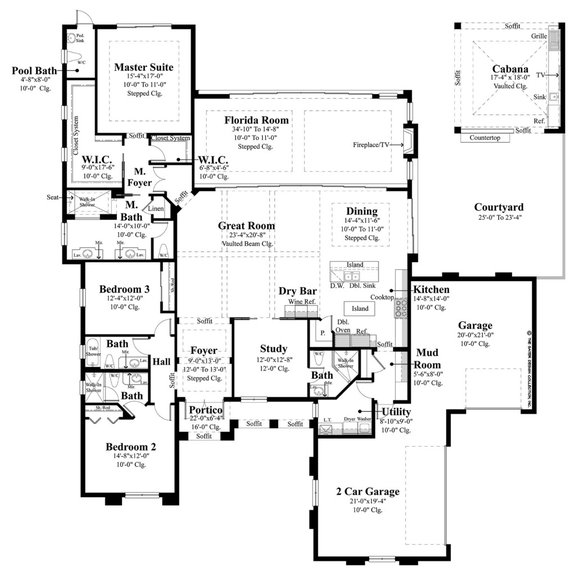 Concrete had a lot going for it even before the recent spike in lumber prices. It’s always been the framing system of choice in hurricane-prone areas because of its ability to stand up to high winds and flying debris. Fire resistance makes it a strong option in regions subject to wildfires. Because concrete can produce a quieter home, it’s worth considering if you are building along a busy urban street. Some concrete systems go together so quickly that they are a tempting option in colder climates with short building seasons. Concrete house plans, to be sure, are popping up throughout the country.

Building with concrete comes with trade-offs, some significant. Depending on the system, a concrete frame may require a more costly and elaborate foundation. ICFs result in thicker walls that reduce living space unless the home’s boundaries are enlarged. Concrete walls require a different approach to running electrical and plumbing and trimming interiors. And, it’s difficult to change the design during and after construction, especially the location of windows and doors. You need to be double sure, before concrete is poured, that windows are optimally located to take advantage of outdoor views, especially when that view is of the ocean (plan your window placement with the help of this blog from This Old House). 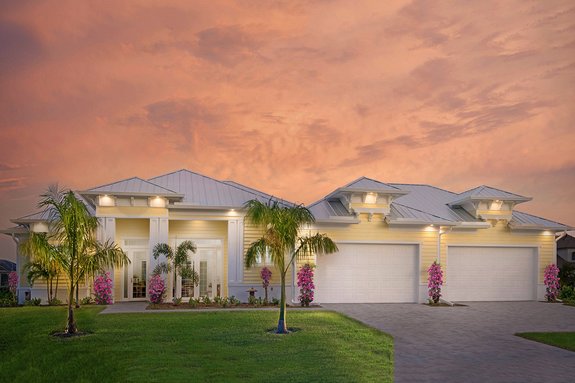 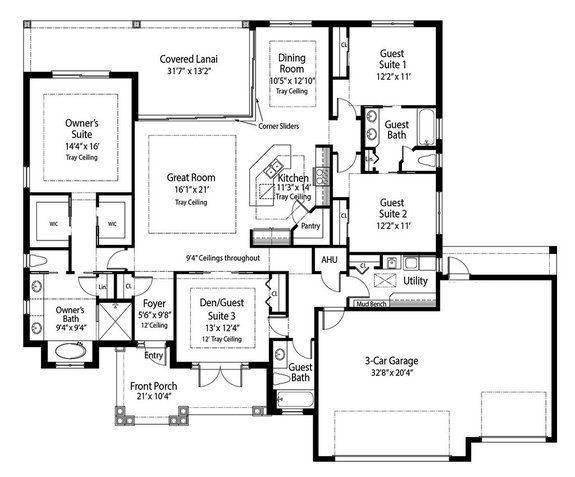 More and more house designers offer plans designed with concrete block walls, especially those who deal in regions subject to hurricanes. Plan 938-83 above presents a 3,700-square foot cottage plan that would be perfect for the beach. After furring strips are installed on the exterior, you can typically cover concrete walls with any type of siding, including the lap siding on this home. The home’s hipped roof and metal roofing increase its chances of survival in a big storm. 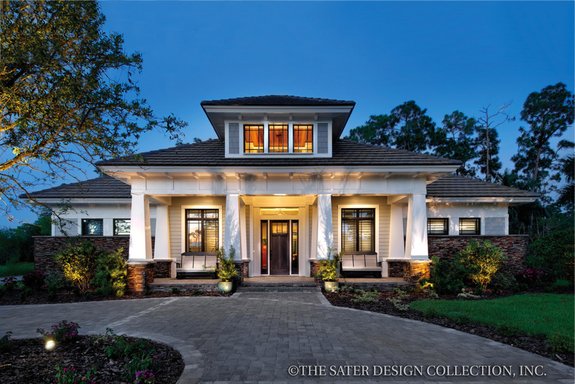 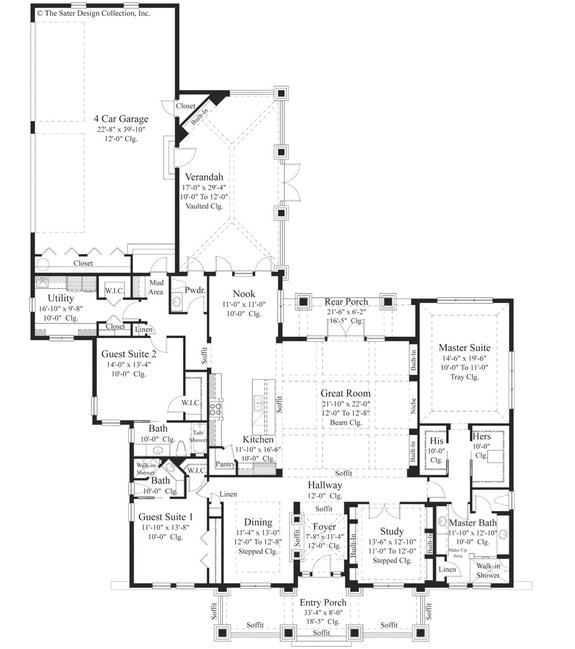 Several years ago, designer Dan Sater built his own Florida house (plan 930-19 above) with concrete block, hurricane-resistant windows to deflect flying debris, and connectors that tie the roof to the walls. Some block cells are filled with concrete – typically the ones that hold vertical rebar – and walls are topped with a poured-in-place concrete lintel that holds them together.

When hurricane Irma came through in September 2017, the house survived virtually unscathed. Most of the damage was done to the power grid and infrastructure. Sater offers the classic bungalow plan for sale with a concrete block frame.

Interestingly, wood frame and concrete block construction often employ the same roof trusses, sheeting, and interior walls. Wood framing may even be used on the second floor of a concrete-block home to produce cost savings. The big difference between the systems is their insulation value. The typical 8-inch concrete block home covered with a layer of foam insulation on the inside has an R-value of roughly 9. That compares to about 20 for home framed with 2x6 lumber with fiberglass or foam insulation.

To improve the energy performance of concrete block walls, some builders inject foam into blocks that aren’t filled with concrete. Others spray additional insulation over the foam. Another approach is to build a second, false interior wall with wood studs, insulation, and drywall. That provides a handy cavity to run electrical and plumbing lines. 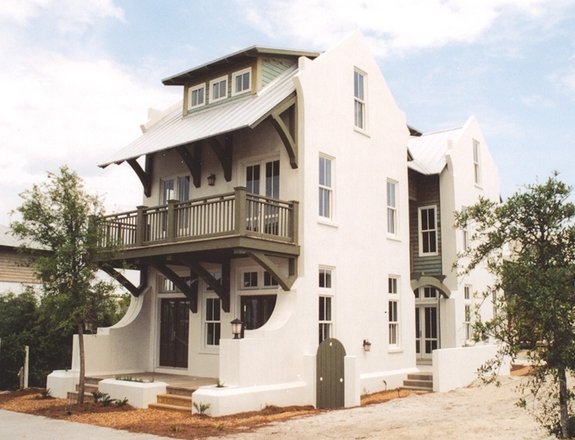 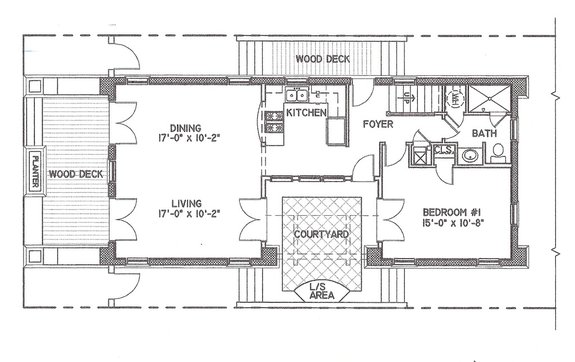 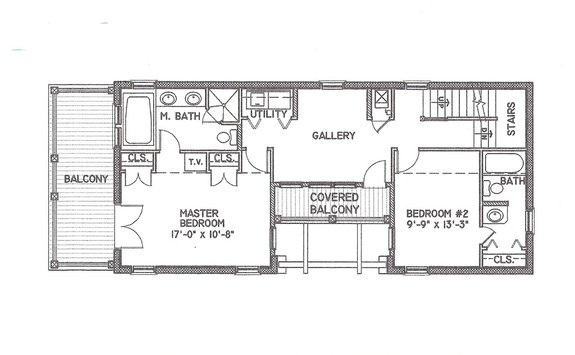 Plan 536-6 (above) provides plenty of outdoor living on a narrow lot.

Building codes in Florida and along the gulf in Mississippi, Louisiana, and Texas virtually require concrete construction because of its durability. Plan 536-6 (above) is built with concrete block and promotes the circulation of breezes through transom windows and an internal courtyard accessible from all the rooms on the first level. High ceilings on the first two levels and a vaulted ceiling in the attic create spacious interiors (check out these decorating ideas for tall walls from Forbes). 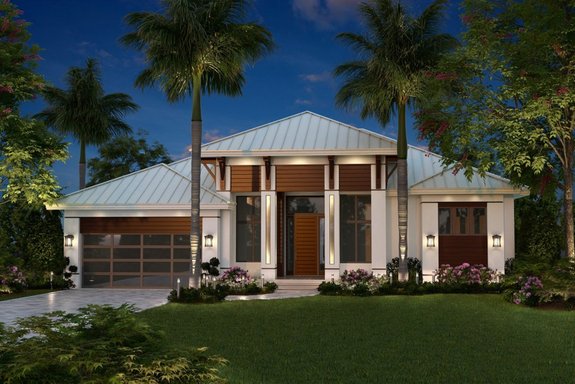 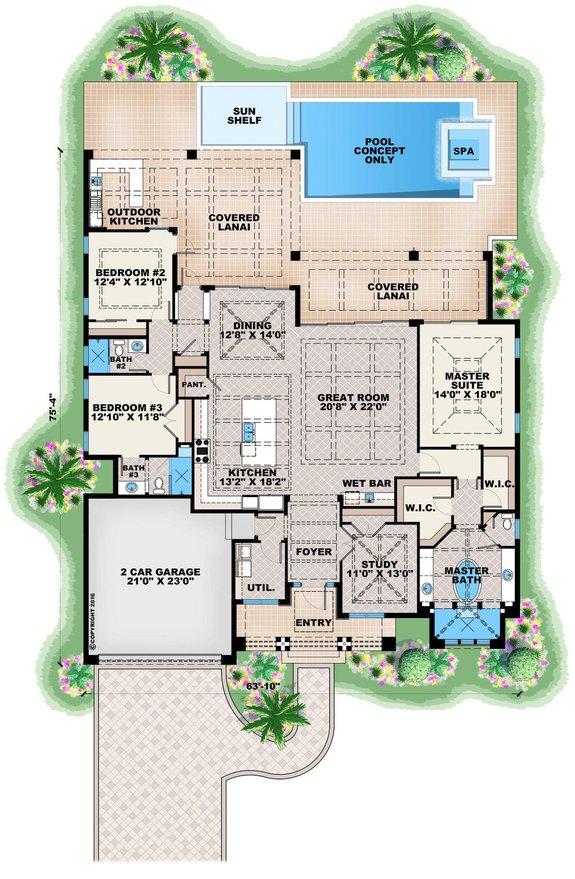 Homes built with ICFs typically produce an R-value equal to a well-insulated 2x6 wall. They may produce a better air barrier, which is great for long-term energy performance. You may have to work with a plan designer or local ICF dealer.

The increased depth of the walls means the home’s dimensions may need to be expanded so as not to crimp room sizes. That will increase the size of the roof, though its geometry remains the same. Thicker walls also mean that windows and doors need to be ordered wider jamb extensions. The plan pictured above is already equipped with storm shutters.

Building a house with insulted concrete forms costs 10 percent more than comparable wood construction, according to the Department of Energy. Conventional wisdom is that systems produce savings and enhanced quality of life over the life of the home that make up the difference in cost.

Because of their resistance to fire, tornadoes, hurricanes and earthquakes, ICF homes may qualify for 25 percent discounts on home insurance. Pests are less likely to dine on concrete homes. And their lack of drafts and unwanted noise may be tough to quantify but creates a much more enjoyable living environment.