6 Insights into Building a House in Texas

Cost To Build A House And Building Basics
Build a house in Texas with these cool tips.

My editor recently asked me to write a blog about building a house in Texas. I believe my response was something like, "I live in a tiny apartment in Los Angeles (and when I say tiny, I mean tiny—it’s pretty much the size of Dr. Lecter’s cell in The Silence of the Lambs—but I digress)—what the heck do I know about the specifics of Texas home building?"

Click here to explore our collection of Texas house plans.

It was in this moment of bewilderment that my savior appeared. Meet Janet Hobbs of Hobbs’ Ink, LLC—a Certified Professional Building Designer, one of Houseplans.com’s home plan designers, and all around good egg who recently carved out an hour of her day to enlighten me on the Texas home building industry.

Hobbs grew up in upstate New York, moved to Texas after joining the U.S. Army, and has spent the past 30 years building and designing homes in her adopted state. "I’m not a native Texan, but I got here as fast as I could," Hobbs says, referring to a slogan often seen on Texas bumper stickers, and a sentiment that describes her quite well.

"Houston and Dallas both are much more traditional than Austin or even West Texas. You’re gonna see steep roofs and red brick and, you know, dramatic staircases, and things like that in both cities," says Hobbs, who also notes that Houston’s motto is, "If it’s not all masonry, it’s junk!" What does all this mean for a house plan shopper like you? Well, it means that an all red brick Colonial house plan, for example, would work well in Houston, while a modern farmhouse home plan (like this modern farmhouse design from HGTV) with siding would quickly raise eyebrows. Now, are there exceptions to this rule? Of course. But, overall, this is the trend. 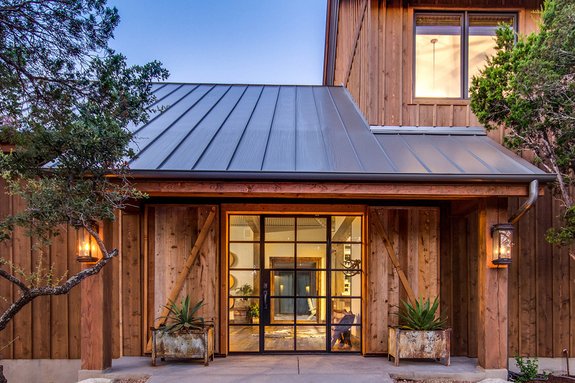 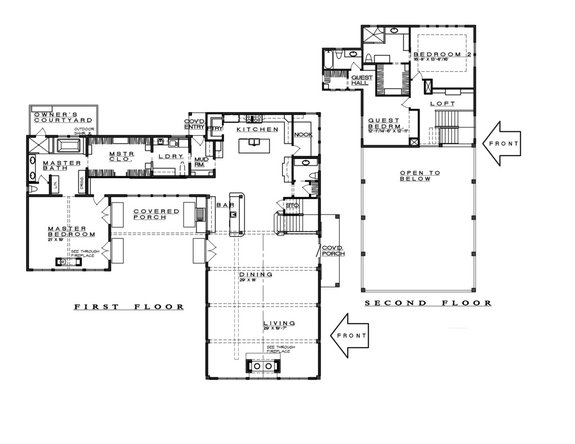 "And then, in the Texas Hill Country," Hobbs continues, "You’re going to see a lot more casual and more modern work." Plan 935-17, above, is a great example. 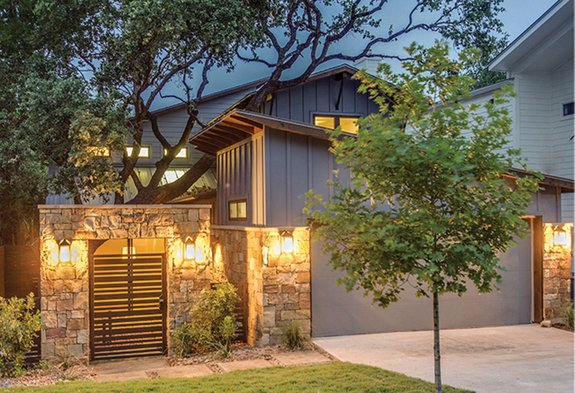 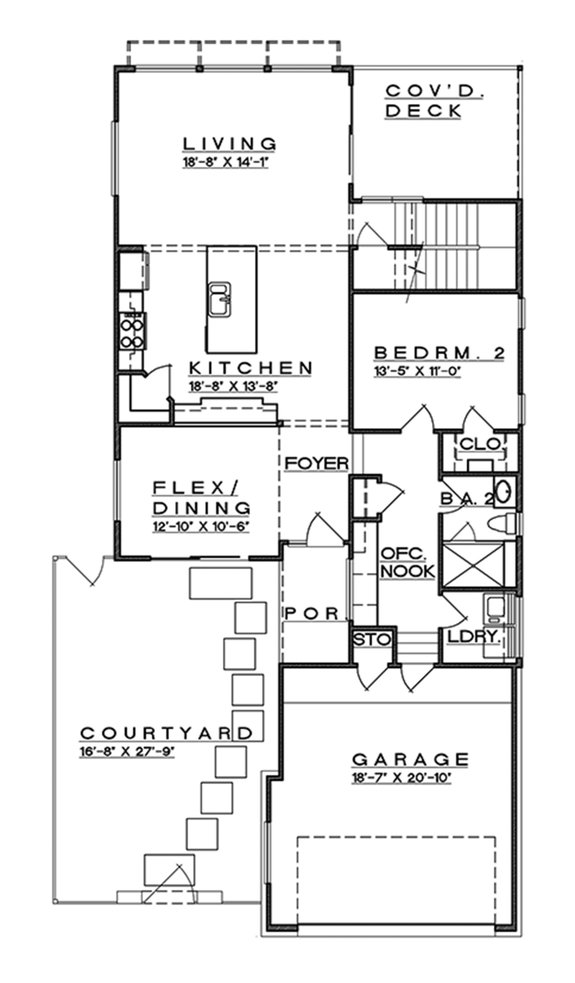 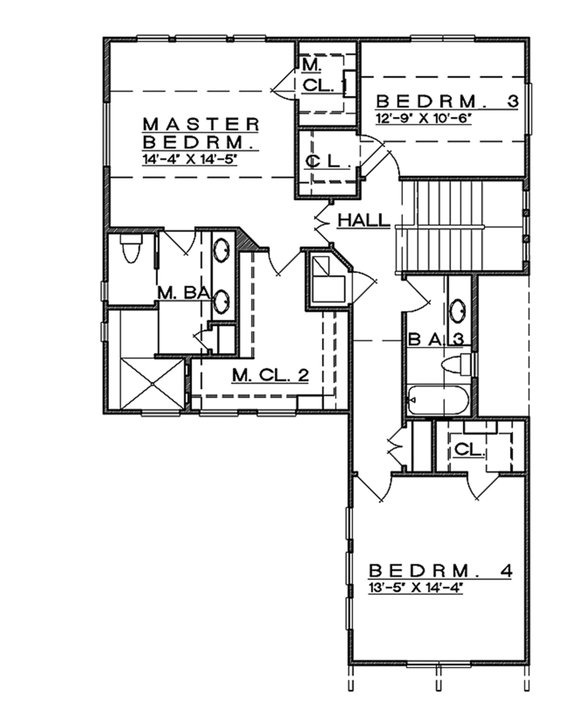 Plan 935-7 (above) packs a lot of square feet into a compact silhouette.

Meanwhile, in Hobbs’ opinion, "Austin is kind of its own little thing. It has a lot of really edgy modern work going on and very little traditional." Plan 935-7, above, brings head-turning modern curb appeal (like these homes from Forbes) to a city lot.

INSIGHT #2 – If you’re planning to build a home (or remodel an existing home), make sure you know the rules and regulations for your area. Don’t buy a home and just assume you’ll be able to remodel it by building up X feet or expanding out by Y feet. Likewise, don’t buy a plot of land and assume you’ll be able to build a 3 story house on it. Do your homework! This is extremely important wherever you plan to build or remodel….but it’s ESPECIALLY important if you plan to build or remodel in Austin, Texas.

The "McMansion Ordinance," a nickname for a particular set of building regulations within parts of Austin (also seen in some other parts of the United States), is a force to be reckoned with. In layman’s terms, the ordinance says that you can’t build a ginormous house (i.e. a "McMansion") right next to your neighbor’s tiny bungalow. Cause…dude. That’s really gonna suck for the bungalow.

I don’t know about you, but this made my head spin. How could the original (and perfectly reasonable, I might add) concept of not building a giant house next to a tiny house spiral into such a Pandora’s Box? Hobbs summed it up for me like this: "It’s like trying to say…I’m gonna make rules for the perfect wedding dress. You can’t do it."

INSIGHT #3 – Austin has crazy rules and regulation that make you want to tear your hair out. It’s also an amazing place to live where property values soar…Wait, what?

Oh, yeah. It’s like that. "If you can afford it, you should build right smack dab in the middle of Austin. It’s a…you know, an amazing, vibrant city with all kinds of good amenities. And your property values will increase rapidly," says Hobbs. "Now, if you’re a retired person trying to not have your property taxes go way high and stuff, then no—I would say pick some place out in the Hill Country that isn’t so popular."

INSIGHT #4 – If your dream is to have a basement, Texas is not your friend. 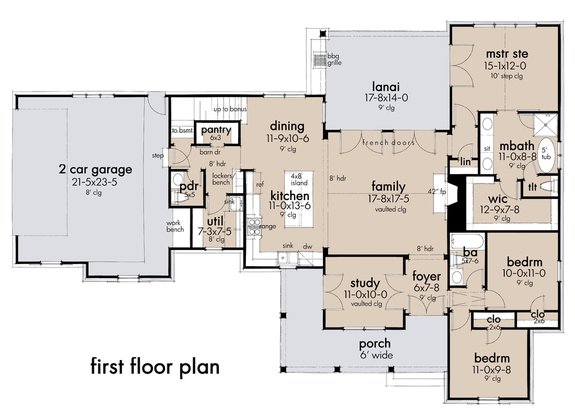 "Probably the biggest region-specific challenge is that when people come here from places that have dirt, they expect to be able to grade their lot however they want—and you can’t. Where I grew up [in upstate New York], bedrock was something that was way down below feet of dirt. Here, you dig about 6 inches and it’s – dink!—there’s the rock. And it’s solid limestone and it requires heavy equipment to get it out. So, you can’t really do basements. Or, if you do, they’re problematic because it is limestone," says Hobbs, referring to the fact that water shoots through limestone horizontally with a lot of hydrostatic pressure.

Therefore, if you do dig a basement in Texas (or anywhere that’s limestone-rich), you’ll be forcing your basement walls to withstand a higher-than-normal amount of water pressure (in other words—yikes!). Plan 120-270 (above) is a great option for building a house in Texas that features a crawl space foundation.

INSIGHT #5 – Don’t let the memory of Hurricane Harvey keep you from building a house in Texas. If your dream is to build in Texas, then build in Texas!

Harvey’s damage is primarily focused along the coast (which, as Hobbs admits, is still a wreck). But Texas is a big state. Many people who live further inland were not gravely impacted by the storm. Hobbs, for example, who is based in Bee Cave, wasn’t affected. In her opinion, the main thing Harvey has changed (to a moderate degree) across the entire state is the amount of readily available labor (as this article from USA Today proves).

For example, labor that would otherwise be used for building houses in, say, Austin or San Antonio may now be getting sucked into the Harvey-impacted coastal areas that obviously need the most help rebuilding.

INSIGHT #6 – Don’t design your own house plan. Select a professional, pre-drawn house plan and customize it, if necessary.

Hobbs notes that over the course of her 30 year career she has learned a million things. She explains, "That’s what I tell people who say ‘I want to design my own house.’ I say, ‘Well, go for it. You could do that.' But, the thing is…you’re going to make the mistake I made the first year. And maybe the one I made the third year. And maybe one I made the seventh year." On the other hand, if you select a house plan drawn by a veteran, professional home builder and designer like Hobbs, you eliminate the learning curve.

So, what do you think? Do you feel you know more now about building a house in Texas than you did say…20 minutes ago? I hope so—I know I learned a lot. Now… stop reading. Take a break. Get some sun.

Or, better yet, go browse some Texas house plans!

6 Insights into Building a House in Texas Inspiration