In Praise of the Japanese Imagination 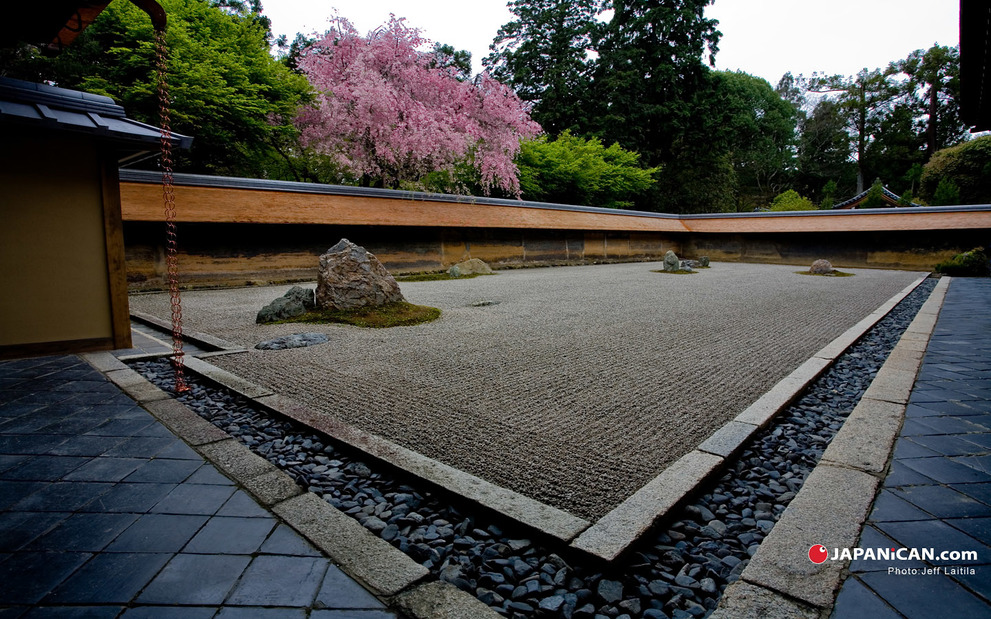 Ryoan-ji, the dry Zen garden, in Kyoto, is one of the world's gr
Looking East

The terrible earthquake and tsunami of 2011 made me want to articulate my unshakable faith in Japan as an extraordinarily creative and resilient and influential force in the world of architecture and design. So here is a brief toast to the Japanese imagination.

Japanese design has always stimulated creative thought. Remember the great Zen Buddhist Ryoan-ji Dry Garden at Kyoto, shown above. When I visited many years ago it was early in the morning and for a few minutes there was only one other person on the wooden steps overlooking the raked gravel sea with its 15 stones-as-islands. For that brief moment the garden was the world and the world was the garden. The cold light outlined gravel furrows and the grain of the wood and time suspended.

At the Imperial Villa of Katsura (17th century) not far away, which I also toured, the experience is very different: an orchestrated promenade where the control of sights and spatial experience is everything, from the structurally expressive bamboo fence at the entrance to the painterly Nut Pine tree flanked by hedges.  Every step and view appears planned: you look down to pay attention to the stone path you are treading and then look up to see another special tree or view across the lake. The villa buildings are equally eloquent in their forms, functions, and seamless connections to the landscape. The journey through the complex makes you perceive more sharply the constituent parts of the composition and ultimately its wholeness. But this is only my amateur reaction.

In his fascinating book Japan-ness in Architecture (MIT Press, 2006, 2011), the eminent architect Arata Isozaki explains that the buildings and garden of Katsura form an ambiguous composition of overlapping styles, spatial arrangements, and literary allusions: “the equivalent of an extensive machine for arousing all our imaginative facilities.” Such monuments have been rediscovered and reinterpreted by successive generations of architects and designers (not to mention scholars). The influence of Japanese design in the US began most forcefully with the Japanese Pavilion or Ho-o-den at the Chicago World’s Fair of 1893, which Pasadena architect brothers Charles Sumner and Henry Mather Greene saw in the year they opened their practice, absorbing ideas like expressed joinery and garden connections that would ultimately flower in their Craftsman bungalows of the early 20th century.

Frank Lloyd Wright was another early devotee and famously became both collector and seller of graphically powerful, almost abstract Japanese prints. And of course he designed the Imperial Hotel in Tokyo, completed in the early 1920s and which survived the great Kanto earthquake of 1923, when much of Tokyo was heavily damaged.

Toward the middle of the 20th century architects saw compelling parallels between the open plan tenets of Modernism and the way tatami mats and  shoji screens defined space without walls. In furniture the influence is equally strong, with a stairstep tansu, for example, contributing important DNA to work by architects like Steve Ehrlich who used an abstracted tansu-as-stairway to border the living room. George Nakashima's Conoid Dining Table builds upon the organic properties of the wood, and Isamu Noguchi’s modern coffee table expresses a “there-and-not-there,” abstract, biomorphic sensibility.

When you start looking, the influence of Japanese esthetics on contemporary design is everywhere.