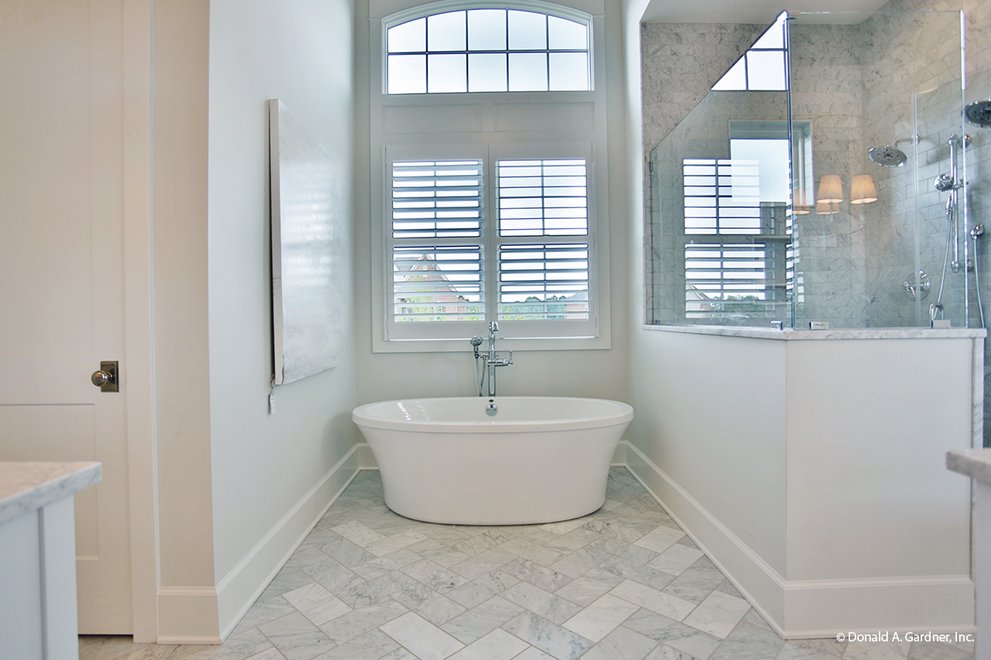 A bathroom remodel can range from something as simple as upgrading a vanity or replacing a toilet to a complete overhaul, which includes the relocation of plumbing and electrical lines or even enlarging the room. Layout is a key consideration, not only because it has a major impact on what the remodeled space will be like, but also because it affects the overall scope and cost of the project.

There’s no better place to start than with the bathroom you already have. Its shortcomings as well as the features you’d like to preserve can be a guide to what you want in a new bathroom. You might be lacking storage for linens, feel cramped when there’s more than one person at the sink, or find there’s not enough room around the tub to towel off comfortably after a bath. On the other hand you might want to keep the vanity sink for storage or the tub/shower unit because you have three young kids. Whether you work with a design professional or devise your own room layout, a detailed scale drawing will help you spot problems and envision design solutions.

The second step is to make a list of your priorities. Each major fixture  comes with its own set of requirements—for plumbing and wiring as well  as how much floor space it should have. What’s at the top of your list? A  whirlpool tub big enough for two? An oversize walk-in shower? A  separate enclosure for the toilet or an enlarged vanity with two sinks?  You may not be able to get everything, so rank your wish list to help  make final decisions easier.

Drawing a new bathroom on an existing floor plan can help you visualize new possibilities. This existing 6-ft. by 9-ft. bathroom is in a mid-1970s Cape Cod. It includes a fiberglass tub/shower unit, a single-sink vanity, and a toilet.

By moving one interior wall about a foot and shifting fixtures around, a much more pleasing bathroom is possible, as evidenced in the after floor plan.

The window and toilet locations stay the same to help minimize construction costs and allow other amenities: an oversized shower that takes the place of the tub unit, a double-sink vanity, body sprays in the shower, new lighting, and a radiant floor heating mat.

What does the plan give up? Not much. A small hall closet was eliminated and some plumbing changes were made, but they were relatively minor and not nearly as expensive as moving the toilet would have been.

Bathrooms are probably the most complex rooms in the house. They have a network of plumbing and electrical lines, so typically the more extensive the changes in layout, the higher the project’s cost will be. It may not seem like a big deal to move a toilet a couple of feet one way or the other, but relocating waste and vent lines is difficult and time consuming. Depending on how your house was originally built and where the bathroom is located, it may not be practical at all. Moving sink and shower drains is less daunting, but the job can still be difficult. The bottom line: If spending is a major concern, you’re better off working with an existing plumbing and wiring layout.

Bathrooms don’t have to be any particular size or shape to be successful. Part of the layout will hinge on how much room you have to work with, and part will depend on the plumbing fixtures and other room features you’ve identified as “must haves.” For example, if a large whirlpool tub is at the top of your priority list, the rest of the layout should be planned around this major fixture.

A key part of design is the relationship of various room features to each other: the distance from a toilet to an adjacent wall, for example, or the clearance between a toilet and tub. These planning guidelines can be expressed as either minimums that meet the local building code or as design recommendations, which are usually a bit more generous. Both numbers are important for planning. A bathroom designed for someone with physical limitations has its own set of guidelines.

Another consideration is whether you’re willing to move a wall to gain more room. If there’s an adjacent closet or bedroom that doesn’t get much use, borrowing a few feet by relocating a non-bearing wall may mean a big payoff. In a house with a cramped second floor it may be possible to create a larger bathroom by adding a dormer.

Finally, you’ll have to consider whether to gut the room or simply patch the walls, floors, and ceiling. In general, you’re almost always better off tearing out and starting new. It will give your builder a chance to correct hidden problems and often makes the job go faster.

Every family’s needs and every house are a little different, so rather than simply copying a floor plan you’ve seen elsewhere and hoping it will work in your house, make use of design fundamentals to help you develop a floor plan that works for you.

These elements were developed by architect David Edrington, who credits A Pattern Language by Christopher Alexander for many of the original ideas.

• Avoid layouts with more than one access door. • Create an entrance alcove for a bathroom off a hallway to provide an added measure of privacy.
• A well-shaped bathroom is in the shape of a square or a rectangle whose length is not more than twice its width.
• Good bathrooms have a clear central area where you can wash or dry off, with fixtures like the tub and toilet located in alcoves around the edges of the room.
• Natural light is important. If the room can have only one window, locate it so it illuminates what you see when you first enter the room.
• Use the “intimacy gradient” in designing a floor plan by locating the most private parts of the bathroom farthest from the door.

Scott Gibson is a freelance writer and contributing editor to Fine Homebuilding magazine. He lives in Maine.
Drawings by: Christine Erikson 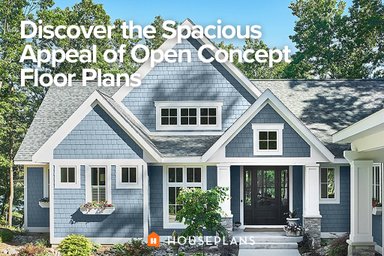 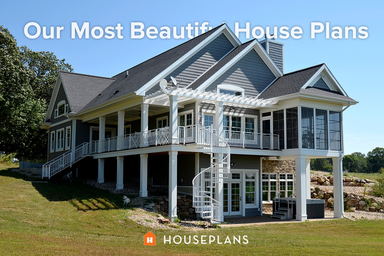 Our Most Beautiful House Plans (With Photos!) 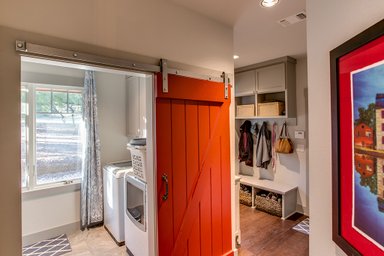