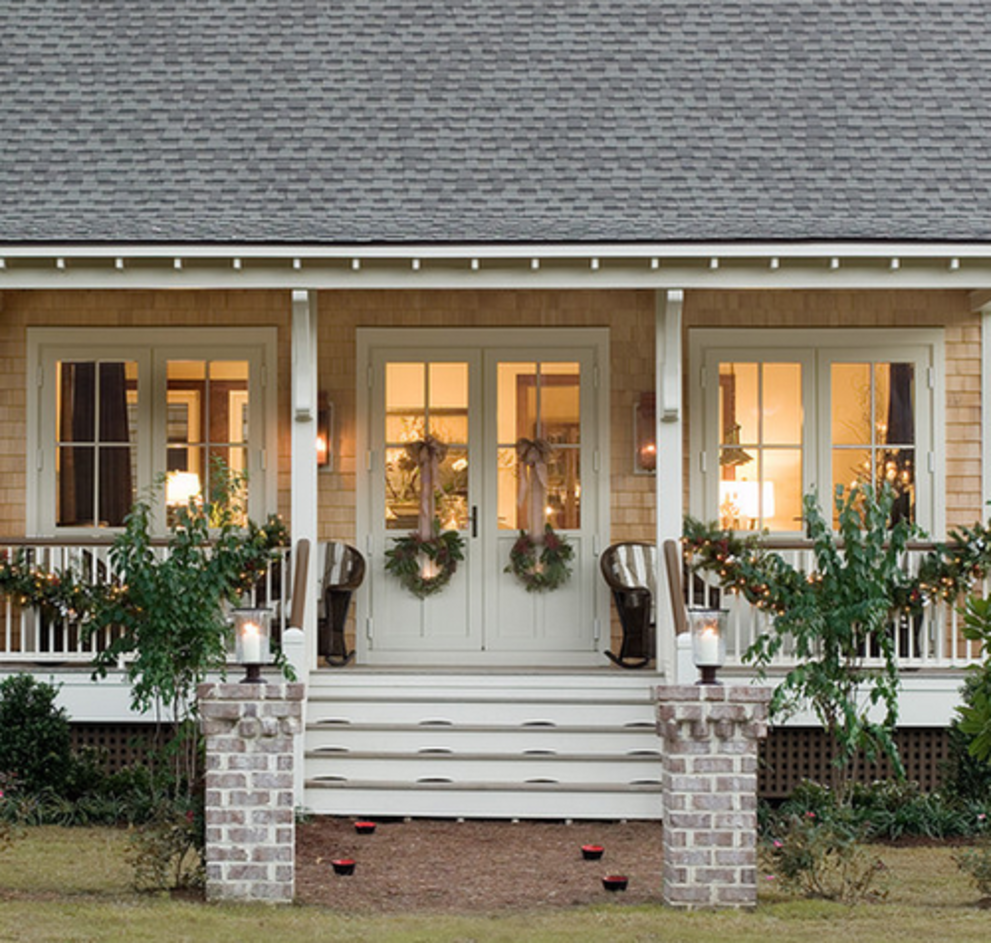 Allison Ramsey Architects: photo by Josh Savage for Coastal Livi
A good front door does two things: it protects the person and projects the personality. Here’s one that says solidity, security, sophistication, and wealth.

It’s the front entrance to the Charnely-Perskey house of 1892 in Chicago, designed by Louis Sullivan, the father of the skyscraper and the great teacher of Frank Lloyd Wright. The organic-geometric metalwork is characteristic of Sullivan and gives the door its vivid presence — there’s plenty to admire as you wait for it to open. Fittingly, the house is the headquarters of the Society of Architectural Historians and is open for tours.

Another approach, equally sophisticated but now all about openness as well as security in a deft biomorphic balance of opposites, is the entrance to the Casa Mila apartment house of 1910 in Barcelona, by the great Catalan architect Antonio Gaudi.

The view is looking out toward the street, as if you are inside a cage that’s mellting before your eyes.

Lightness and transparency are taken to another extreme in the front entrance to the Farnsworth house of 1951, not far from Chicago in Plano, Illinois (which you can also tour). It’s hard to tell there’s a door there at all — you can just make out the double doors in the middle of the glass wall.

The great International Style architect Mies Van Der Rohe designed this house for a doctor who wound up hating it. So maybe it didn’t fully express her personality. Plus, privacy ultimately became and issue. But the house has influenced modern architects ever since — the idea of openness is very powerful.

Most front doors should complement the style of the house. But it’s really up to you and your taste and pocketbook and how you want the portal to function. So as you look for the perfect new house plan, don’t forget to open a few doors.
Published:
May 1, 2008
By:
Dan Gregory

Get Expert Advice on Your Build

Questions? Tell us about your plans and our team will work with you to make the right decisions. We’ve helped thousands of people just like you to find their dream home designs.